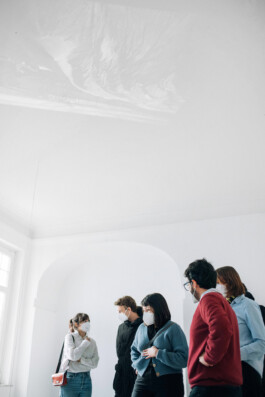 The point of departure for the work is Italo Calvino's description of the city of Baucis (Calvino, 1972). In a city held up high where nothing touches the earth except for its shadows, the inhabitants now look from afar and long in the absence of a land that existed before their memory. The work proposes to shed light in the anthroposcenic relationship between earth and the making of a city vis-à-vis the dichotomy of thought and matter. By projecting in time analog photos of a man-altered landscape (Jänschewalde) and its estranged, infrastructural earth on top of a mirrored surface, a liquid landscape unfolds with the visitors as inhabitants. The speed of transition between the projected images is affected by the soundscape of constructions sites surrounding the exhibition venue. 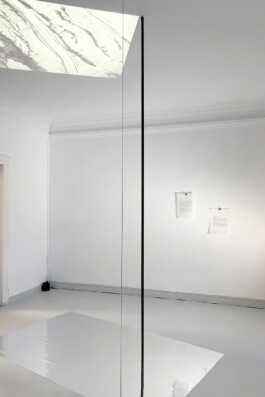 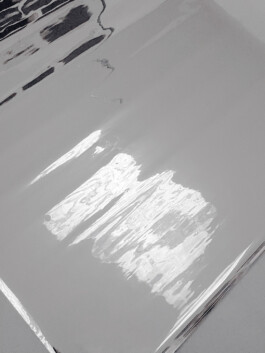 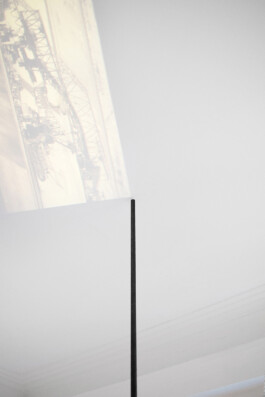 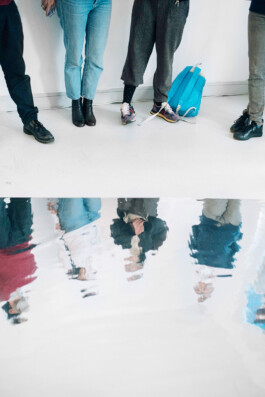